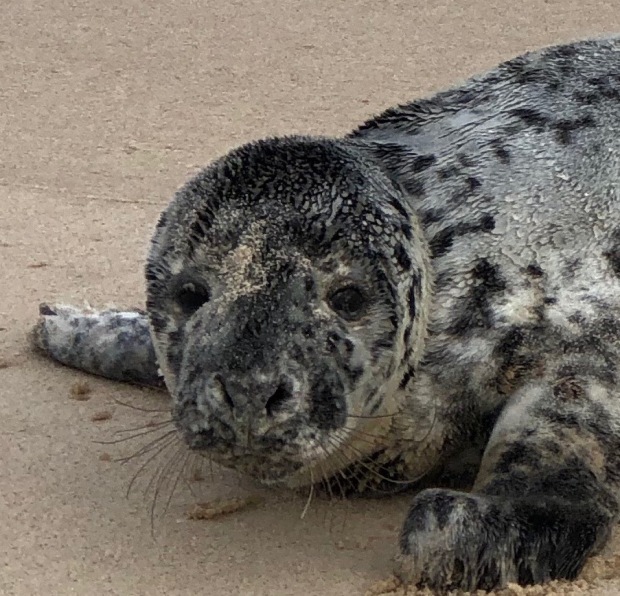 My wife and I are walking along the beach getting our daily Covid-19 exercise. We’re serpentining around all we encounter, thin slicing their likelihood of being a carrier.  It’s a complex analysis where age, external hygiene, gregariousness or the way they interact with their dogs, all contributing to the calculation.  The angle of avoidance ranges from 6 feet for female joggers with headphones to 12 feet for people with cloth handkerchiefs and unleashed kids.  The wind is blowing offshore, sculpting perfect little waves that are lapping gently on to the shore.  The sun is setting low in the western sky and lines of silhouetted figures, neatly spaced, dutifully follow the jagged high tide line.  It looks like what people describe when having a near death experience only these people aren’t distant departed love one’s.  These are mostly folks secretly plotting to hoard an extra 12 pack of Charmin TP from the local King Cullen supermarket.  As we walk further, we find ourselves alone, lost in conversation about how Gov. Cuomo of New York should run for president.

“In these unprecedented times, would it really be so odd for Biden and Bernie to just said they’re focused on getting a good deal on an at home ventilator unit and ask him if he wants their delegates?”

Right then, in the distance, we see what looks like a small dark log moving with the tide in the wet sand.  On closer inspection, it’s revealed to us as a small seal struggling in the shallow frigid waters of the mighty Atlantic.  An overwhelming sense of empathy washes over me for all things living, probably brought on by watching countless nights of Anderson Cooper. I want to do something to help this poor creature.  I grew up in the 70’s watching Flipper so I know what can happen when marine life stays out of the water for too long. I’ve only known this feeling once before in my life.  As a young boy growing up in Houston, I found a baby bird who had fallen from its nest on to my back patio.  With the help of my mother, I fashioned a new crib for the little guy out of a shoe box and shredded paper from one of my older brother’s Penthouse magazine stash.  I also rigged up a warming light the proper distance from the bird to keep him just the right temperature.  We named him Eeep because of the little bird sounds that came out of his frail little bird body. For three days I feed him a high protein solution with an eye dropper.   To our delight, he was absolutely thriving and on the forth night I went to bed optimistically turning my throughs to the teary day when I would release this little rascal back into his natural habitat.  But when I awoke and made my way into the bathroom for his morning feeding, I noticed that the electrical cord supporting the light had slipped down and like a month to the flame,  little Eeep had not only passed into the afterlife but in fact looked like a piece of beef jerky.

Back on the beach I’m determined not to fail this time as I watch an obviously disoriented sea pup trying desperately to return to the safely of his aquatic home.  My wife is busy locating the photo app on my smart phone and doesn’t notice me positioning myself in the shallow water behind the seal.

At this point, owing to the aforementioned boyhood trauma, the seal has yet to be named.

I observe his little tail is split off into two perfect handles, much like a mermaid or those on the mini shopping carts at Wholefoods. I decide that is where I’ll grab him to gently initiate his side back to Elysium.   My wife is now aware of what’s happening and clearly doesn’t endorse my plan.  In fact, she rightly points out that with everything going on, this is no time to end up in the ER with a tunicate fashioned from her Hermes scarf, restricting blood flow to a gaping sea mammal bite.  I can’t hear it.  I’m in some kind of “fog of war” only focused on the rescue.  No sooner do I lay my hands on the critter when he turns around like a wild jackal, with surprisingly well kept but razor-sharp teeth and snarls at me.  I’m naturally startled and without realizing how much weight I’ve shifted to my heels for dragging leverage, I release the little kraken and promptly fall flat on my back into approximately one foot of 40 degree ocean brine.  As I lift myself out of my icy bath, the seal gives me a look as if to say, “you’re not worth the trouble mate” and then rapidly shimmies his little seal body towards the dunes for a peaceful night’s sleep and what I now suspect was his plan all along.  It all happened so fast that my wife didn’t get any media on it and on the way back to the car can’t stop lamenting that her secret dream of submitting  something to America’s Funniest Home Videos has now come and gone.