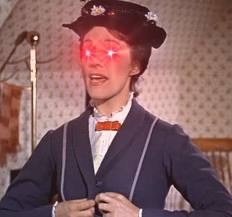 The new nanny just got here today.  I walk in and Thing 1 is writing down a list of  her fallen comrades who have come and gone with some regularity since  spring.  It’s like  running with the bulls in Spain.  They come in with that giddy excitement of “winning the job” but leave trampled in the stampede of our domestic juggernaut.  Better odds with the bulls.

Where’s my wife?  Sounds like she’s on the phone in the office.  The nanny’s looking at the five scrawled names like a list of dead hookers from some LA Confidential novel.  Thing 1 wants to know how she spells her name.  I tell her not to worry because half those names didn’t make it pass their first day.  Oh, this is her first day.  Not smooth.  Now she wants to know what the others did wrong.  Where’s my wife?  I’m dying here.

I tell her the first one was from the Philippines.  It only took 4 days to figure out she possessed over a hundred psychosomatic allergies.  She also had a several intolerance to direction (either taking it or loosing it) and used her bed sheets as toilette paper ( maybe she though they were sheets of toilette paper). She asks why we hired her to begin with.  I tell her it’s because she jumped into the swimming pool with all her cloths on to save a child who was a better swimmer than she was. This nanny assumes an expression of stark bewilderment.  I go on,  “See, what happened, is every time Thing 2  jumps in the water she screams “HELP!” you know, as a prank. So the other nanny though she really needed help but instead of looking over at me in my swim suit, legs dangling in the water and two feet from where Thing 2 was laughing and screaming “HELP!”, she decides to go all Bay Watch and jumps right in… again, with all her cloths on…. including shoes.   I actually thought she was showing off some weird kind of Navy Seal code of bravery but in retrospect I think she was just bat shit crazy.  “What about this one?”.  She’s pointing at the name “Chewkey”.   I tell her that one showed up to work in her pajama’s and left the gas burner on all day… you know… in case she needed it.  The kids pretty much took that as an open invitation to make s’mores.   She was followed by the Sag Harbor townie whose boyfriend talked her into using our beach house as a feral crash pad between his Phish tour stops. She was followed by the one who decided that, rather than washing the pillow slips,  she would just simply throw away $2,800 worth of pillows with the slips on.  She even got Thing 1 to help her cart them off to the trash.  Somewhere in Long Island, a lucky Department of Sanitation worker is drooling on five star quality bedding.

My wife walks in.  She surveys the situation like a homicide detective walking into a double murder.  “What did you say?” She asks.  “Oh nothing, we were just talking about the political situation in Tibet.”  I’m summoned back into the office behind closed doors. “Listen!” she starts. “I thought I was clear. I don’t really need you to talk to nanny until I tell you I’m not comfortable with them.”

“You mean when you want me to fire them?”

Now I’m clear again.   I’m also reminded of a line from that David Grey song.  I think it goes, “This year’s love, it better last.”